All substances consist of atoms or molecules. In chemistry, it is important to measure their amounts accurately. The mole is used to express the amounts of reactants and products of chemical reactions. It is defined as the amount of any chemical substance that contains as many atoms, molecules, ions, electrons or other particles or groups of particles as there are atoms in 12 grams of the isotope of carbon with relative atomic mass 12. This number is called the Avogadro constant, which is equal to 6.02214129(27)×10²³ mol⁻¹.

In other words, the mole is the amount of substance equal in mass to the combined mass in atomic mass units of the atoms of molecules of the substance multiplied by the Avogadro constant or Avogadro number. The mole as the unit of measurement for amount of substance is one of the seven base units of the International System of Units (SI). Its symbol is mol. By definition one mole of pure carbon-12 has a mass of exactly 12 grams.

The molar mass is a physical property, which is defined as the mass of a substance divided by its amount of substance in moles. In other words, it is the mass of one mole of a particular substance. In SI, the unit for molar mass is kg/mol. However chemists almost always express molar masses in g/mol for convenience.

Molar Masses of Elements and Compounds

Compounds are substances consisting of several different atoms held together by chemical bonds. For example, the following substances that can be found in every kitchen are compounds: 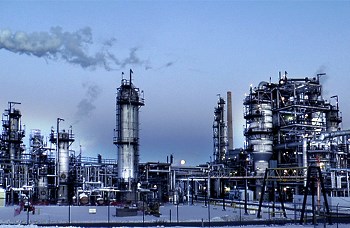 Molecular mass (older name molecular weight) is the mass of a molecule calculated as the sum of the mass of each atom in the molecule multiplied by the number of atoms of that element in the molecule. Molecular mass is a dimensionlessquantity numerically equal to the molar mass. Though molecular and atomic mass values are dimensionless, they are given the unit dalton (Da) or unified atomic mass unit (u), which is approximately the mass of a single proton or neutron and is numerically equivalent to 1 g/mol.

The molar mass of a substance is calculated using three steps:

Our calculator does the same calculation. You can enter the formula and check.